Refreshing your logo doesn’t necessarily mean throwing it all out and starting again. Quite often small changes are all that’s required to update its look, usability and improve brand perception. So, when do you know it’s time for a redesign? • The logo looks dated • The logo doesn’t reflect your business any more • […]

Refreshing your logo doesn’t necessarily mean throwing it all out and starting again. Quite often small changes are all that’s required to update its look, usability and improve brand perception.

So, when do you know it’s time for a redesign?

What are the benefits of refreshing your logo?

Take a look at some recent examples which illustrate just how subtle changes can refresh tired logos.

As you can see, the refinements focus on the careful adjustment of typography, its spacing and sizing. These subtle changes instantly make the logos crisper, cleaner, more refined and bring them into now. Sometimes, that’s all that’s really needed. 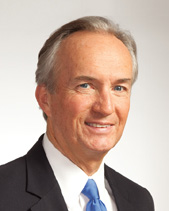 Don Peppers, regarded as one of the world’s leading authorities on customer experience, spoke at the World Business Forum in a session hosted by Australia Post, where he presented the compelling case for using technology to deliver frictionless and human customer experiences that engender what Peppers refers to as ‘extreme trust’. Amazon’s founder Jeff Bezos […]

Don Peppers, regarded as one of the world’s leading authorities on customer experience, spoke at the World Business Forum in a session hosted by Australia Post, where he presented the compelling case for using technology to deliver frictionless and human customer experiences that engender what Peppers refers to as ‘extreme trust’.

Amazon’s founder Jeff Bezos says it’s already too late by the time you’re ‘doing customer service’, because the best service is when the customer doesn’t need to call or talk to you. It just works!

As a customer service trailblazer, Amazon champions empathy as well as ease. So it not only recommends a book based on like-minded purchases, it’ll also warn you if there’s a chance your next purchase is a double-up.

Raving fans probably say they love Amazon because it not only helps them make informed choices, but also avoid simple mistakes.

Then doesn’t that really just mean that Amazon’s customers ‘love’ a line of code? No, insists global marketing authority on customer relationship, Don Peppers. They love the fact that the intent behind each one of those automations revolves entirely around their needs, not Amazon’s.

Peppers believes that every marketer can powerfully leverage technology, as Amazon does, to deliver humanity and empathy at scale.

Google, AirBNB and Uber have no warehouses, inventory or SKUs. The value of their businesses lie in their customer base.

Customers now create more value, more quickly than any other single business asset. Intangible assets registered all but zero on S&P’s 500 market cap 30 years ago. By 2010 they accounted for almost 60% and customers for >30%.

But customers now also have zero latency, rising expectations and access to an unparalleled source of information, making them our greatest potential disrupters and threat as well. Particularly as they’re so enabled in community clusters on both a micro and macro scale.

So it’s telling that the number one trait identified amongst successful disruptive start-ups like Buzzfeed, WhatsApp and Snapchat is their visionary customer advocacy.

According to Peppers, a ‘frictionless’ customer experience must be the starting point because customers are like electricity and water. They’ll seek the path of least resistance. If they encounter friction, they’ll move on before you even know who they are.

Whether you build deep linking directly into your web or mobile app, provide a ‘call me’ button on your website, or launch proactive in-session support chat triggered by a customer’s circuitous clickstream around your FAQs, use technology to eliminate every single obstacle for customers.

3. There’s no such thing as an algorithm for trust

Computers don’t trust people. Only people trust people, so humanity and empathy will always be important.

Peppers believes that earning a customer’s trust is based on two factors; competence (doing things right) and good intentions (doing the right thing).

Competence can be automated, but good intentions; authenticity and proactively championing your customers’ interests, is less likely to reveal itself in an algorithm. Empathy lies at the heart of trust and at least for the foreseeable future, it’s not a computer’s strong point.

4. The more we interact the more we need to trust

Zuckerberg’s Law of Information Sharing predicts that every 20 years we interact a thousand times more with others. Sound far-fetched? Two decades ago there were no smartphones, tablets, cloud storage and the start of real social networking was some years away.

With the same exponential increase expected in the next 20 years, trust will become even more important because it makes interactions not only transparent, but much more efficient.

Peppers believes it’s therefore essential that companies embrace what he refers to as proactive trustworthiness, because customers will not just expect but also assume you’ve put them first, pre-emptively and before all else.

Technology is enabling deflection of customer issues via automation. Which means there will be fewer and fewer of them that reach a call centre, but the ones that do will be ‘escalated’ issues that require more empathy than ever before.

With over 50% of customer calls in the US now a result of a failed or unresolved website session, the very nature of call centres is evolving.

With cloud technology, agents no longer even need to be centralised, but more importantly, the issues they attend to will be more acute and less predictable. Agents will need to provide bespoke solutions that are more emotionally nuanced and deftly negotiated.

Empathy can be an abstract concept and open to interpretation. It’s fluid, it’s intuitive, it’s imprecise. Even academics have found no fewer than 40 definitions for it.

In the world of customer experience and particularly resolution, it’s more than just a dialogue. It’s a delicate dance with some fairly complex footwork.

So as Peppers points out, delivering humanity to your customers will require that companies trust and empower employees in ways that are not only self-organising but equally empathetic.

Self-organising cultures inspire workers to want to provide a better customer experience, so Peppers urges companies to furnish them with the power to act and react with humanity and empathy. In doing so, they’ll not only become your greatest customer champions but also your most inspired company ‘storytellers’.

For your customers, it all starts with systematically removing every pain point or obstacle to deliver a truly frictionless experience.

It is only then that you should proactively champion interactions, both automated or human, that demonstrate you genuinely have customers’ best interests at heart, are looking out for them, and are in turn worthy of their valuable trust.

Because the customer journey shouldn’t only be about the path of least resistance. It should promise and deliver much more; not just a frictionless experience but one that’s human and trustable. If it’s these three things, then the customer path will be one that’s paved with gold for all who embark upon it. 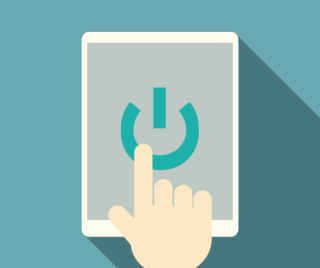 Cut through for start-ups

For many start-up businesses constraints of time and finances create early limitations on how much focus can be placed on branding, marketing and promotion. In a world where everything is at your fingertips and so many similar businesses competing for the same work, it’s important to create a good first impression. Your logo, identity and […]

For many start-up businesses constraints of time and finances create early limitations on how much focus can be placed on branding, marketing and promotion. In a world where everything is at your fingertips and so many similar businesses competing for the same work, it’s important to create a good first impression. Your logo, identity and marketing material are how your potential customers first see and hear about you.

“If you walk like a duck and talk like a duck, unless you’re selling ducks, you may be giving the wrong impression and lose business before you’ve had the chance to talk about it.”

When you’re not there to justify and support your product or service, then who’s doing it for you? If your budget allows, invest in a professional to create your logo and identity. They can offer loads of advice and work with you to translate your ideas and set you on the right path to begin marketing yourself.

One of the most powerful ways to market a business today is through an online presence. Today’s ease of access and connectivity, the fact that people are spending more of their time browsing to look for information to help form their decisions is testament to this.

The difficulty for most start-ups is deciding how to monopolise on this and which avenue to take. Websites, social media and blogs all have their obvious merits but which is the best one to choose?

If current trends and performances are anything to go by the answer to this question is all three, or at least as many as you can handle. If you can only choose one, research your audience and determine the avenue which best reaches them.

Websites are arguably still the most effective way to control and convey your own specific brand, products, services and messages. With few limitations and restrictions your website is a unique space where you can deliver compelling information to persuade prospects into customers. With no advertising and feed distractions to compete with it can be a purely branded and business focussed portal where you own and control the whole message.

Website analytics add to this with the ability to capture rich information about your prospective and existing customers. This sheds light onto what is working with your website, its content and messaging and deep insight into how you can improve it. Rich analytics offers you an understanding into your customers, their needs and requirements, which allows you to ultimately deliver more value to them which strengthens your relationship.

Social media and especially Facebook with its 1.23 billion monthly users worldwide (about one-sixth of the worlds population and 12 million of these in Australia), is definitely not one to be ignored. Used well it is an indispensable tool to connect and engage a much larger audience and encourage them towards your website where they can be informed in more detail of your products or services.

Most social media in its basic form is free to use and easy to navigate so gets an obvious tick as a valuable business tool. Most people using Facebook for personal use for example would already have a source of eager salespeople in their existing connected friends. Simply asking them to ‘like’ a new business page easily opens you up to a much larger audience.

If you’re willing to invest a little you are also able to easily promote your Facebook page by targeting specific groups and demographics that are specific to your marketplace increasing your audience once again.

Google+ another social network to soon rival Facebook currently has 400 million+ monthly users and can be utilised in the same way to broadcast to a broader audience once again directing them to a more focussed view of your business.

With a multitude of free blogging sites like WordPress, Blogger, Google+, Tumblr you need minimal web knowledge to create your own blog and get an online presence. Blogging has a wide range of benefits for businesses. Used clearly and consistently it has the capability to not only develop and strengthen brands and reach new customers but to build influential communities to exchange information, reviews, solutions and opinions.

So, should every event-based business have an online presence? Well, if you’re looking to grow your business in a competitive market, than yes. If done correctly a website is a silent selling tool operating 24/7, 365 days of the year.

We’d love to meet up for a coffee and chat about your creative challenges. Or, if you'd like to see how we measure up against your current agency, why not get in touch?

Fill Out Our Form
I'd Rather Send An Email